On the 1st of may 2016 TOETT was on the front page of one of the largest newspapers in Den- mark which started a national debate. The minister of culture Bertel Haarder raged against the museum, which was about to open, and said that it was ”Insane”. By then we were still building the museum, just starting to create the exhibition and rehearse our performance. In just a few days the project went from being totally unknown to circulating in the international press. Articles printed in Lebanon, Israel, France, Belgium etc. We had interview request from CNN, AP, Russian media and an article was written in The Guardian.

In the 3 weeks leading up to the opening of the museum the show became reported to the po- lice by Diego Gugliotta for encuraging terrorism. When the show actually opened the crowd reaction were very positive and Berlingske newspaper had the headline “The controversial “Martyrmuseum” does not celebrate terrorism”. Further on in the same article Jacob Steen Olsen writes:

“That is what art is capable of, in contrast to the many written articles on the subject: to make us feel the dread, anxiety and discomfort – and the incomprehensible self sacrifice – on our own bodys. »There is no shortcut to heaven«, as is mentioned on the tour.”

Other voices in the press wrote this after seeing the performance:

“It is technically and dramaturgically absolutely perfect”

“With the aid of very simple means, lighting and sound along with the guides fragmented manifestation, TOETT creates with “Martyrmuseum” a physical impression of the fear, desperation and the brutal violence in Paris in november”

If you want to make up your own mind, please visit the Martyr Museums website, where you can listen to our podcasts and read more about the museum. If you instead want to dig deeper into the debate, here are some articles to start with:

The martyrmuseum is a multi-platform work and the audience can visit the museums website, look at the objects in the museum, listen to an audio guide as they walk among the different parts of the museumperformance. The main focus is the guided tour where an actor is guiding the audience in the museum. The guide tells the audience hard facts about the martyrs as well as re-enact moments in the different stories from their lifes. Sometimes with the help of audience as placeholders for characters and at other times through narration or audio-visual effects.

On the guided tour the audience get a pair of headphones and an audioreceiver. In the headphones the visitors hear the voice of the guide as well as music, effects and pre-recorded bineural sound which is best described as 3D-sound and that brings the guided tour to a whole new level of intensity. During the hour long tour the fate of martyrs from different times and cultural contexts slowly gets revealed. From Socrates in Athens and all the way up to the most recent ones, like the black widows in Moscow and the terrorists at the Bataclan theater in Paris.

Here you can see the documentation of the whole guided tour. The video was recorded with two go-pros, placed on the head of two audience members, and a standard hand held camera. The audio is in large bi-neural recordings and precisely the same as the audience experienced in their headphones on the night. So for the most accurate experience it is vital that the viewer uses headphones while viewing the video. 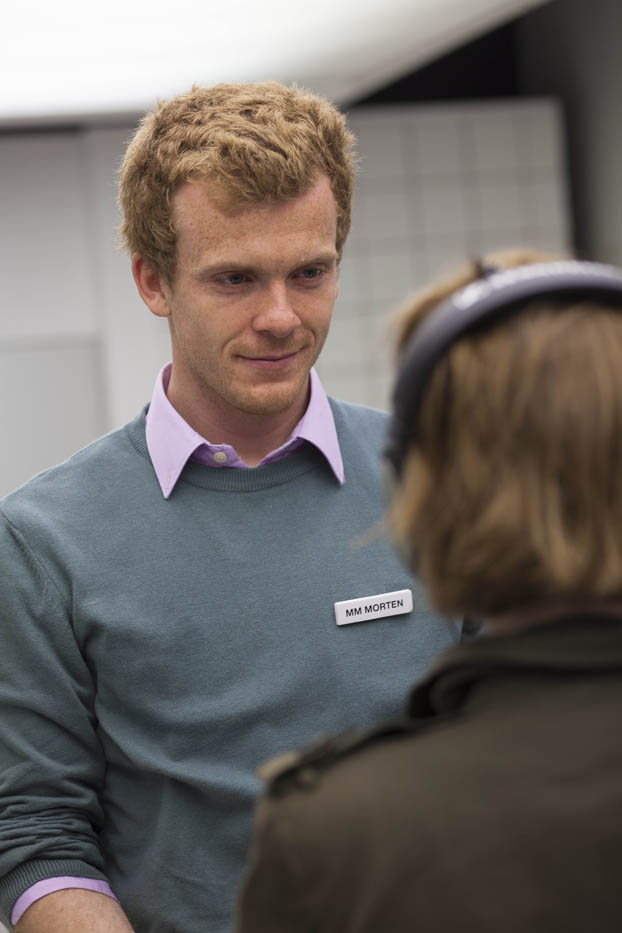 Morten Hee Andersen while giving a guided tour of the museum. 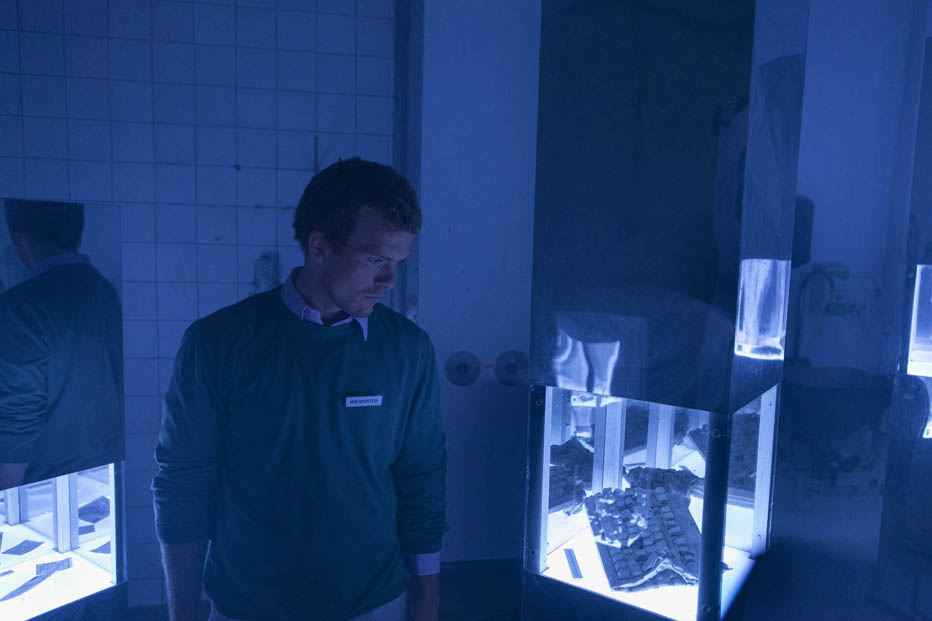 A big part of the museum experience was the connection between people and objects. Altho all the objects of the museum was reconstruction, the link between the Maryr and the audiencemember created a connection and gave a new dimension to the visitors own ability to create his/hers own version of their reality.