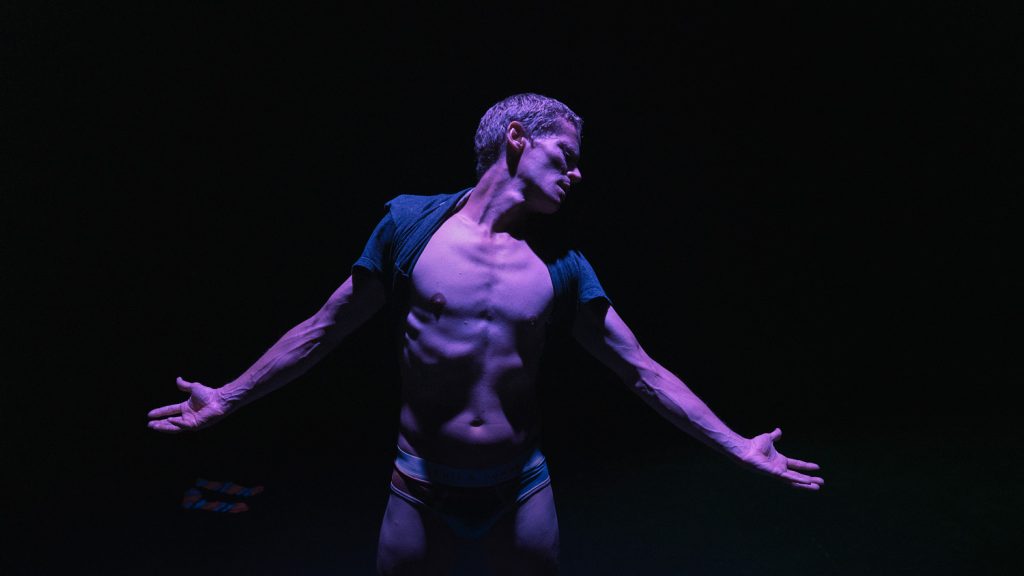 A heartbreaking and highly entertaining monologue about a homosexual man wanting to be a father. This play – in which daydreams meet autofiction – is freely inspired by playwright Mikkel Trier Rygård’s own experiences in Rainbow Land.

“My name is Mikkel. I am 42 years old, and I work with green technology (winking smiley face). I have a good network of friends, family and colleagues, and I am quite sweet and dependable if I do say so myself (exclamation mark). And I think I would make a great father (heart emoji). Let’s meet in real life, I still prefer that (surprised smiley face). Best regards Rainbow Father (and smiley face with chubby cheeks).”

In the show we join Rainbow Father on his nerve wrecking tour de force through grey fertility departments and awkward baby dates with future rainbow mothers, to fresh superhero sex on Sorø train station, rave parties in Berlin, and homemade insemination attempts at Amager, all in the hope of finding the pot of gold at the end of the rainbow: the dream of a rainbow family and becoming a father. The road is long, rocky and cobbled with profound emotions and broken illusions. Will he make it? One thing is certain: he really, really, really wants to be a father.

Regnbuefar is a brand-new Danish play, which has been developed in a short and intense process by The Royal Danish Theatre’s initiative for new Danish drama; KGL Dansk where actor, playwright and director in a close collaboration have given birth to this one of a kind show.